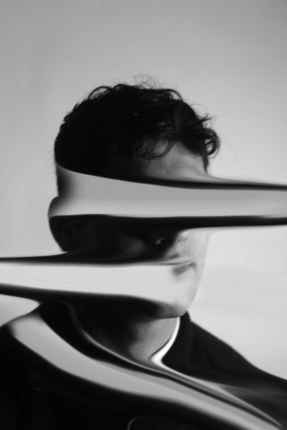 Artwork produced by Year 13 A-level Photography student Katie will be displayed at the Surrealism-themed Tate Modern Lates at the Tate Modern on 25 March.

Held on the last Friday of each month, Tate Modern Lates is an after-hours event that embraces art, music and film. The event will explore the world of surrealism and includes performances from musician Celeste and film screenings, as well as hosting a number of different galleries and workshops. It supports the exhibition Surrealism Beyond Borders that will be showing at the Tate Modern until 29 August 2022.

Katie’s photography – produced as part of her A-level portfolio – was selected by the Tate after she entered her work into a competition on Instagram. The selected image, titled ‘Distortion’, is inspired by Edward Honaker; a young photographer who has documented his own depression through self-portraits. Keeping in mind Honaker’s work and focusing on ideas of the unconscious mind, Katie’s image intends to capture the fragility of young minds.

Katie said “I was surprised, but very excited when I heard the news. The Tate is such an iconic place and so many famous people have exhibited there. To find out that my photo was one of only 20 pieces to be displayed was amazing.”

Director of Art Naomi Gudge said “It is wonderful that Katie’s exciting, experimental work is being recognised by such a prestigious institution as the Tate. It is testament to Katie’s qualities as a photographer – we are very proud of her.” Follow the Colfe’s Art Department on Instagram – @colfesart