Shakespeare was tenant of the Leathersellers’ Company 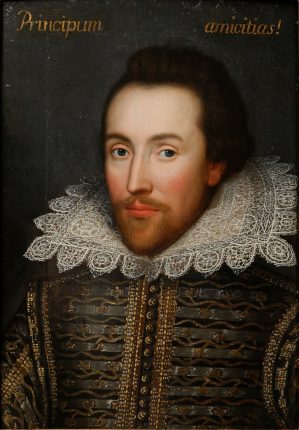 New evidence shows that Shakespeare was a tenant of the Worshipful Company of Leathersellers, Colfe’s trustees, in the 1590s. The playwright’s London home was identified by historian Geoffrey Marsh who cross-referenced various official records to pinpoint the exact location. His home was most likely in a cluster of properties that overlooked the churchyard of St Helen’s, yards from where the Gherkin stands today. It is thought that Shakespeare wrote Romeo and Juliet during this time.

Marsh, who is also the director of the Victoria and Albert Museum’s department of theatre and performance, said:

“Living in what was one of the power locales of London would have also enhanced Shakespeare’s status as he developed his career, sought a family coat of arms and planned to buy an impressive and expensive house in Stratford.”

The Leathersellers’ Company is one of the ancient Livery Companies of the City of London, ranked fifteenth in the order of precedence. It was founded by royal charter in 1444 with authority to control the sale of leather within the City. The Company no longer has this regulatory role, and instead devotes its energies to support for charity, education and the British leather trade.

Each year the Leathersellers fund free Sixth Form places for able pupils from state schools to study for their A-Levels at Colfe’s. 80% of Colfe’s 2018 leavers gained places at their first-choice university and former Leathersellers’ Scholars are now studying at some of the country’s leading Russell Group institutions including Oxford and Cambridge.