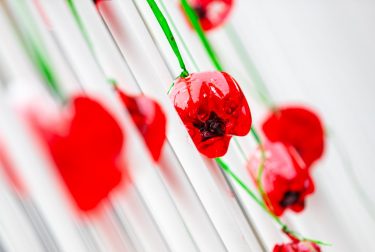 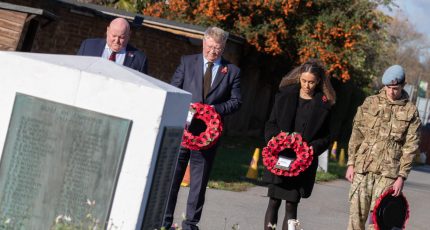 We will remember them

This year’s Remembrance Day ceremonies at Colfe’s may have been different to usual but all events poignantly honoured and remembered those involved in the two world wars and later conflicts.

Ahead of Remembrance Sunday, Junior School and Senior School captains joined the Headmaster Richard Russell and members of Colfe’s Combined Cadet Force Squadron (CCF) to pay their respects to those who gave their lives in war. The service particularly honoured the many Colfeains who served, and are currently serving, in the Armed Forces. At the heart of the ceremony was the wreath laying at the Horn Park War Memorial by the Headmaster, Major Cherry and school captains from the junior and senior schools, followed by a two minute silence.

On Wednesday 11 November, staff and children from the Junior School laid a wreath in the playground and displayed the wonderful poppies they had made, while the whole school observed a two minute silence.

This time of remembrance belongs to all those who fought, died, have been injured or impacted by conflict – ‘At the going down of the sun, and in the morning, we will remember them’.