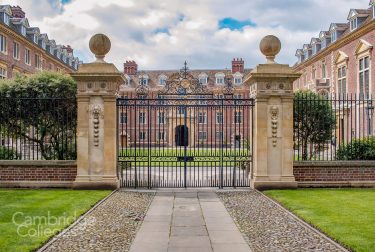 A record number of Colfe’s students – 10 in total – have earned places at Oxford and Cambridge this year, a remarkable achievement during a time of such instability and against fierce competition.

Ryan Smith, who has been at Colfe’s since nursery, will read Medicine and Gonville & Caius College, Cambridge “I have had a great time at Colfe’s over the last 15 years and I am very excited for the next chapter of my life”. Panos Philalithis, who also joined Colfe’s at nursery and went on to become School Captain, will read Economics at Trinity College Cambridge “Colfe’s has made me the person I am today and I am so grateful, I thank my teachers and friends for supporting me in reaching my goal”.

Three of the students joined Colfe’s as Leatherseller Scholars from local partnership schools in Lewisham – Addey and Stanhope, Conisborough College and Prendergast Vale.

Headmaster Richard Russell said “This is a fantastic outcome for Colfe’s and immense congratulations are due to all. The application process this year was hugely affected by the pandemic and all the interviews were conducted by Zoom last December. Our applicants adapted to the changed circumstances magnificently and a record number received offers, mostly in very high demand subjects, in a year of relative famine within the independent sector. I am grateful to Ms Lehur Director of Schools’ Partnerships & Community and Oxbridge Co-ordinator and Mr Drury, Director of Sixth Form, for all the support that we were able to provide for the candidates in this most challenging of years.