The 39 Steps comes to Colfe’s 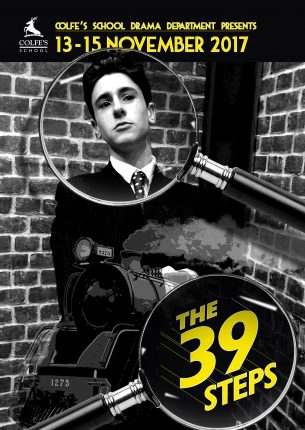 Cast members from Y11-13 were lucky enough to attend a workshop with actor Mike Evans, who played Richard Hannay in the West End production of the comedy caper. “To have the expertise from a professional who played the same role that I’m preparing for gave me an opportunity to develop my characterisation as much as possible,”commented Y13 pupil, Ollie Guindi.

Director of Drama Natalie Maher said “It was wonderful to see our cast interacting with Mike – it was an invaluable experience for our students to improvise off the text. This year’s production promises to be a tour de force of student talent, showcasing all their hard work and effort.”