Another record year for LAMDA results 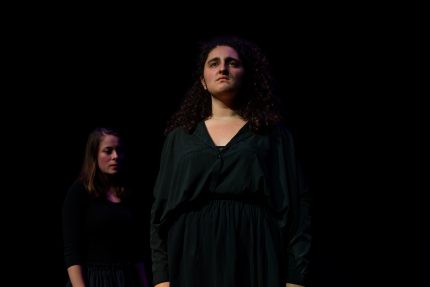 Colfe’s pupils have achieved record results in their prestigious LAMDA exams (London Academy of Music and Dramatic Arts (UK) with 98% achieving the higher grades of either a Merit or Distinction.

More than a 100 pupils took part in the exam from both the Junior and Senior School. Gold Medal and Grade 8 exams were taken by Sixth Form pupils, three of whom achieved a Distinction with Sophia Rosen-Fouladi and Megan Marchant both scoring 98%.

Drama teacher Richard Gregg said, “This is an outstanding set of results – congratulations to everyone who took part; it definitely rewards the level of hard work that the pupils put in throughout the year.

“We already have a record number of pupils already signed up for next year and I am delighted that the respected actor, writer, director and stand-up comedian Colin Leggo will be joining me as the second LAMDA teacher. We can look forward to a very exciting year ahead.”