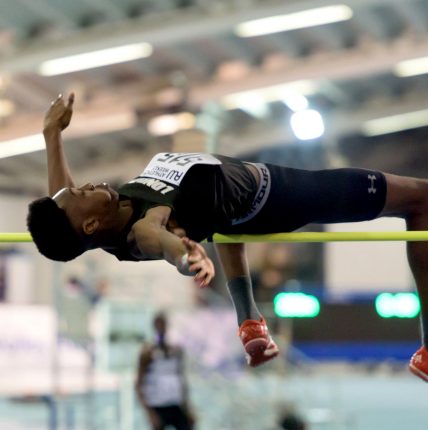 The championships saw athletes from England and Wales compete in U20 and U18 categories, as well as special invitations to individuals from other countries.

Luke, 15, cleared 1.95 metres to win the high jump competition helping England reach an overall victory, “It was an amazing experience to be one of around 40 young athletes in the England squad because you are competing in your discipline at the highest level.

“Although I’m 6ft 6ins tall, at this level it is not so much about height and more about working on and improving my high jump technique. I am now aiming to qualify for the Commonwealth Youth Games in July.”

Luke trains with Cambridge Harriers and you can view his achievements on his British Athletics profile.

It completes a winning weekend for Colfe’s sports teams with victories in Swimming, Hockey, Rugby, Cricket and Netball – including the U18s winning the Eltham College Netball Tournament against five other schools for the fourth year in a row.