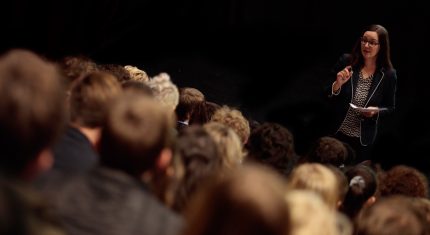 We recently welcomed Jane Burton, Global Director of Content at Christie’s, to speak at The John Glyn Society. She discussed with our scholars the changing role of female artists in a male dominated art world over the centuries.

“The talk by Jane Burton was really informative. It had never occurred to me before how little women are depicted in art and the general prejudices against them in history.

Before the 20th century, there was a very suppressed role for female artists – they either had to be from a very wealthy background or born the daughter of an artist. Even then they were often disregarded by the history books, which were of course written by male art historians.

I found it amusing that some of the pieces in these books were mistakenly thought to be the creations of male artists; indirectly reinforcing the great artistic ability of women. Society tried to restrain women from expressing and developing their passion and stop female artists achieving their success and fame in the art world.

During the 20th century the World Wars accelerated a change in the perception of women. This gave them more freedom to unleash artistic influence and their suppression led to a wave of new experimental art headed by female artists. However, women still often went unnoticed in society and in the history books. We discussed with Jane why this might be and most of the time it was because men held the art auctions, were the main collectors of art or owned the galleries.

The consequences of this continued suppression, as explained by Jane, fuelled artistic groups to form such as the Guerrilla Girls in 1985, who highlighted the injustices suffered by women in the art world.

Although this prejudice still exists today, it is less common. For example as recently as 2016 only 36% of artists in our beloved Tate Modern were women. Jane’s talk helped me to realise and notice the lack of female artists, and as an art student myself, it is something I will now be more aware of as I visit galleries. Overall, I feel confident this is now an issue of the past and believe that art today is valued on its merits, allowing women to be more equally represented.”