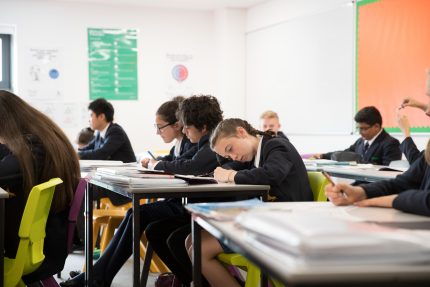 Following a recent inspection, Colfe’s School has been awarded the highest rating of ‘Excellent’ by the Independent Schools Inspectorate.

The Senior School was found to be ‘Excellent’, the highest of the four categories available, in the two areas covered within the Educational Quality Inspection – academic and other achievements, and personal development – and fully compliant in all areas in the Focused Compliance Inspection.

“As they move through the school, the pupils make rapid progress in developing their self-confidence, resilience, self-discipline, ability to make decisions and other personal skills, thus amply fulfilling the school’s overarching aim of developing each pupil’s abilities and character to the full.”
Colfe’s Senior School ISI Report 2016

The Junior School was found to be ‘Excellent’, for pupils’ personal development and ‘Good’, the second highest category, for pupils’ academic and other achievements and was also fully compliant in all areas in the Focused Compliance Inspection.

“By the time they leave, pupils have highly developed skills for the next stage in their life, they are keenly aware of their social responsibilities and eager to seize the opportunities that lie ahead.”
Colfe’s Junior School ISI Report 2016

Head of the Junior School Catriona Macleod said, “One of the most pleasing aspects of the report was how positively it highlighted the work we carry out on wellbeing and personal development across the Junior School. The inspection team was also keen to commend the many aspects of excellent teaching, extra-curricular activities and pupil leadership that they had witnessed during their visit and these comments are reflected in the report.”

Headmaster Richard Russell said, “The reports for both the Senior and Junior schools are by some margin the strongest that Colfe’s has ever received. I was particularly pleased by the extent to which the inspection team acknowledged the academic progress which the school has made in recent years.”

The reports can be viewed in full here.