Winners at Independent School Awards for a second time 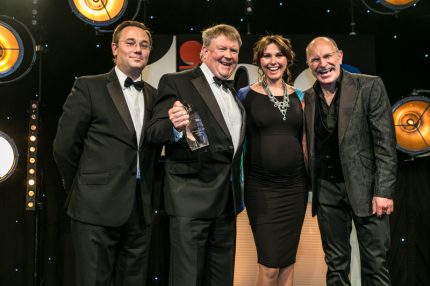 Announced on Friday evening at the Grosvenor House Hotel in London, the awards celebrate excellence and innovation in the independent school sector.

The Colfe’s Family programme is devised around using pupils own social experience and knowledge. Mixed-age tutor groups work together as part of their PHSEE (Personal Heath Social Health and Economic Education) lessons and act as a family of four living in the UK, with a fixed income and budget. They are then set challenges every week – such as buying a new car or planning a holiday, through to whether they should offer their home to a refugee – which they work together as a family to solve.

This is the second time Colfe’s has won the award, winning in the same category for its Tougher Minds initiative back in 2014.

PHSEE co-ordinator Caroline Matthews who created The Colfe’s Family said “this was about creating the feeling of being a part of a ‘little family’ within the pastoral system where pupils could learn economic and social skills and to show empathy for each other. I’m thrilled that PHSEE has been embraced by Colfe’s and shows that academic lessons and pastoral care can work together and be innovative.”

Richard Russell Headmaster said “I’m particularly delighted that Colfe’s has won the Strategic Educational Initiative award for the second time in three years. Innovation is one of the most important things that independent schools do. This recognition is hugely welcome and I would like to take the opportunity to congratulate Caroline Matthews for the development of the programme and Naomi Herbert for its implementation.”