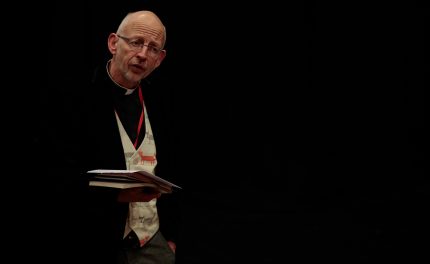 “As the Vicar of All Saints Blackheath, Dr Cranfield is a familiar face to many of us who are used to seeing him conduct Colfe’s annual Founder’s Day service. He came to the John Glyn Society to deliver a lecture entitled: ‘He Nothing Did or Mean Upon that Memorable Scene: London 1649’, which was about the tumultuous events of 17th century London – most notably the execution of King Charles I.

Dr Cranfield’s wealth of knowledge about the political landscape during this period of time was fascinating. For example, as a proportion of the population, more people died in the civil war than in the two world wars combined. This was a fact I wasn’t aware of and highlighted to me the sheer scale of that conflict.

The part I found the most interesting was when Dr Cranfield linked these events to Abraham Colfe. The thought that our school’s founder may have been in the crowd that witnessed the King’s execution outside the Banqueting Hall in Whitehall – as well as the possibility he may have rubbed shoulders with William Shakespeare – really puts his life into context. The founding of our school has such long and rich history.

Dr Cranfield delivered an informative and memorable talk that has certainly left me with a desire to research this era of history in more detail in the future.”