Classics at Colfe’s in the news 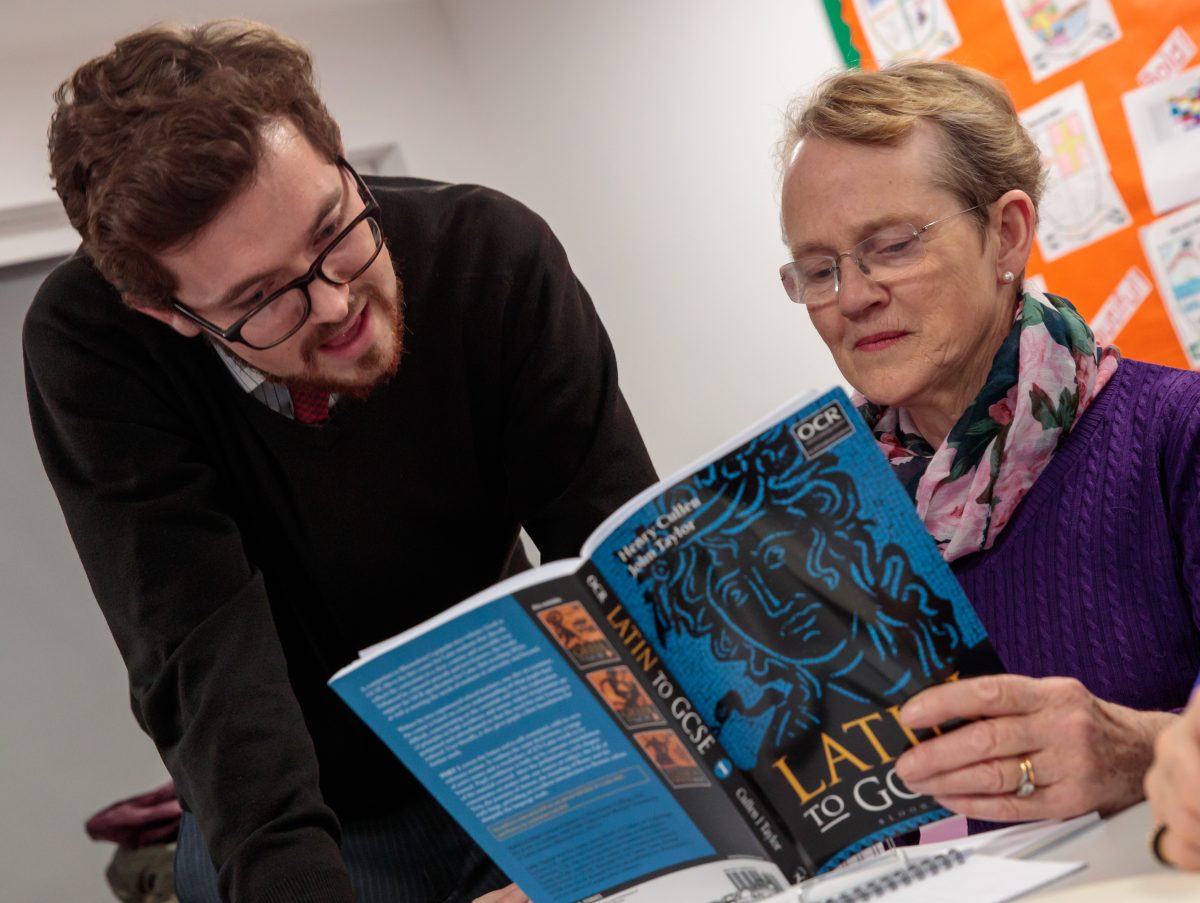 The Classics department at Colfe’s is promoting the study of Latin in the school and the wider community by offering sessions to parents of pupils and running Latin enrichment classes for GCSE students from local state schools. The parents’ classes were the subject of a Sunday Telegraph news article on 12 Feb 2017.

As well as promoting the classical language to adults who may not have had the chance to learn it before – the course also provides an insight of what it’s like to be back in the classroom. Take-up from parents has been so high that two Latin classes run every Monday night.

This runs alongside our broader programme with local state schools in Lewisham. Enrichment sessions in Latin, Maths, Science, Modern Foreign Languages and Debating are offered to Year 10 and 11 pupils from our partnership schools. Over thirty local students currently attend Colfe’s for an hour a week after school and some will sit Latin GCSE. The first cohort of four to go through in 2016 gained A*, A, A and B grades.

The story has prompted debate with an opinion piece by author Harry Mount running in The Daily Telegraph the following day. Further discussion around the article continued on twitter with positive comments from other schools as well as from author and Classics Professor Michael Scott (presenter of the popular BBC Two series Sicily). You can follow the discussion via our twitter page @ColfesSchool.

Latin teacher Henry Cullen who runs the course, said “Colfe’s parents have leapt at the chance to sample a classical language – the take-up has been overwhelming and very heartening. We are breathing life into the subject, giving Latin some much-needed oxygen.”

Headmaster of Colfe’s Richard Russell, also commented “Everybody should have the opportunity to learn Latin to discover how fascinating the language and literature of the Romans can be. Unfortunately previous generations may not have enjoyed the study of this ancient language as much as the pupils of today – I hope that this scheme will help to put that right.”