Best year yet for Colfe’s 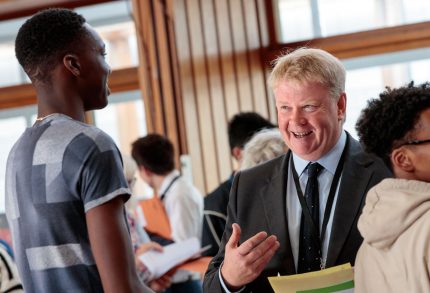 The academic year 16/17 ended on a high for Colfe’s with combined GCSE and A-level results some of the best for the school to date. More than a quarter of the year’s cohort gained at least five A* grades at GCSE – just under 60% of grades were A* or A, with 86% scoring A*/B grades. A-level results topped 82% A*/B for a fourth year running with A*/A statistic rising from 44% last year to 50%, enabling a high proportion of pupils to secure their places at prestigious UK universities.

This continued academic success meant that Colfe’s climbed a total of 60 places in the Daily Telegraph Independent School League Table for A-level results while the school’s outstanding pastoral care programme was awarded the Best Strategic Initiative in the TES Independent Schools Awards – the second time Colfe’s has won the award in three years.

The year also saw the Senior School awarded the top level of ‘Excellent’ by the Independent Schools Inspectorate’ and the Junior School ‘Excellent’ and ‘Good’ – the highest ratings Colfe’s has ever received from an inspection. Read the full reports.

Headmaster Richard Russell said “Last year marked a real step change for the school, with record exam results and the best Inspection report we have ever had. Sport, music and drama have continued to thrive simultaneously and our extensive building programme has continued to enhance the learning environment. The school community is stronger than ever and we look forward to building further on the wonderful achievements of recent years.”