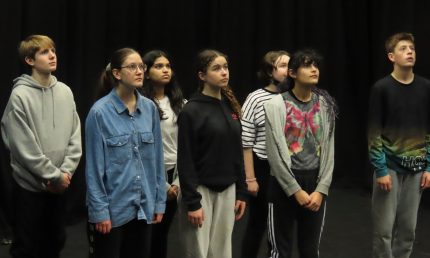 Thirteen pupils from Years 9 to 13 have auditioned to become members of the National Youth Theatre (NYT).

The application process for the NYT is highly competitive and includes a three-hour group workshop followed by an individual performance by each applicant. Membership opens doors to a range of opportunities, such as involvement in NYT productions, taking part in training, and access to NYT workshops and events.

Ms Maher, Director of Drama, said “The Drama Department works incredibly hard to prepare pupils and nurture their talent both onstage and backstage. Over the last four years, 16 Colfe’s pupils have been invited to join the NYT and we are confident that this year’s applicants will also have great success.”