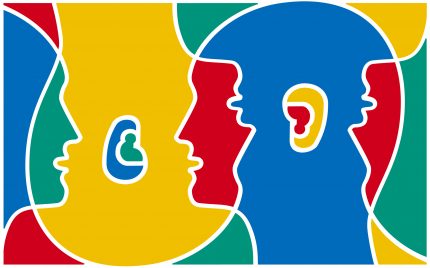 The language and culture of continental Europe came to south London as Colfe’s held events to celebrate the annual European Day of Languages.

Events included a concert featuring pupils from Years 8 to 13, delighting the audience with French and Ukrainian songs. These included solo renditions of Facile from Nicole (Year 9), 8 Femmes from Maya (Year 9), Fly Me to the Moon from Michael (Year 8) and Chanson Triste from Victoria (Year 13), while La Vie en Rose was performed as a harmony duet by Lora and Amelie with piano accompaniment from Ione (all Year 10). The Ukrainian Eurovision Song Contest winning song Solove was also performed with gusto by Charlotte (Year 9).

Meanwhile, Roebucks café was transformed into a French bistro for pupils from Year 4, complete in French-style dress, to enjoy le petit déjeuner of orange juice, croissants and chocolate chaud, ordered in French and served by ‘waiters and waitresses’ from Year 11. Designed as a practical activity to bring language to life, the annual event builds linguistic confidence as well as enhancing connection between the Junior and Senior schools.

Elsewhere across the Senior School, Ukrainian history and language was explored in History, the Classics department delved into etymology and the influence of Latin and Greek on modern European language, quizzes on language diversity were held in form time across all years, and a House competition was held for Year 7 pupils to create their own video presentation in a different language.