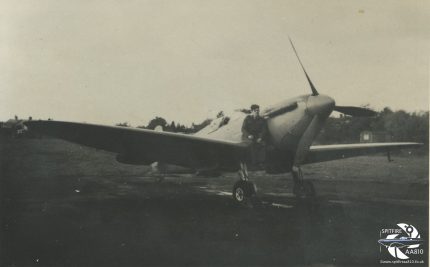 Colfe’s is delighted to be partnering with the Aviation Careers Program (ACP) on a project to restore a WWII Spitfire. The ACP works with young people, aged 14 to 18, to guide them into careers within the Aviation and Aerospace industries. The programme will give students the incredible opportunity to help restore and maintain an original WWII AA810 Spitfire. The plane was flown by RAF’s Alistair ‘Sandy’ Gunn and was recovered from a Norwegian mountain-side.

Alistair ‘Sandy’ Gunn joined the RAF Volunteer Reserve in 1940 in the Photographic Reconnaissance Unit. On 5 March 1942, he was shot down, captured and sent to Stalag Luft III where he helped dig ‘Tunnel Harry’ and in 1944, with 75 fellow prisoners of war, he escaped. Sadly, he was then re-captured, interrogated, and on the direct orders of Adolf Hitler, murdered with 49 of his colleagues.  The story is told in the film, The Great Escape.

As founding educational partner, Colfe’s will advise on the educational content and paths to link school leavers across the UK with the needs of industry. Tony Hoskins, founder of the AA810 project said, “For 350 years Colfe’s has been educating children to meet the changing needs of the world and we are excited to draw upon their extensive experience in this field.”

Major Russell Joyce, Colfe’s Commanding CCF Officer said, “We are delighted to be involved in the Spitfire AA810 Aviation Careers Programme. Colfe’s has a long history of former pupils pursuing military service careers and boasts a strong pedigree in engineering and aviation industry placements. The project is a natural fit at Colfe’s and we appreciate the chance to be involved in such a unique, high profile project from the outset.”